Gravel Bike Vs Mountain Bike – What Is Best For You?

Home > Advice > Buyer's Guides > Gravel Bike Vs Mountain Bike – What Is Best For You? 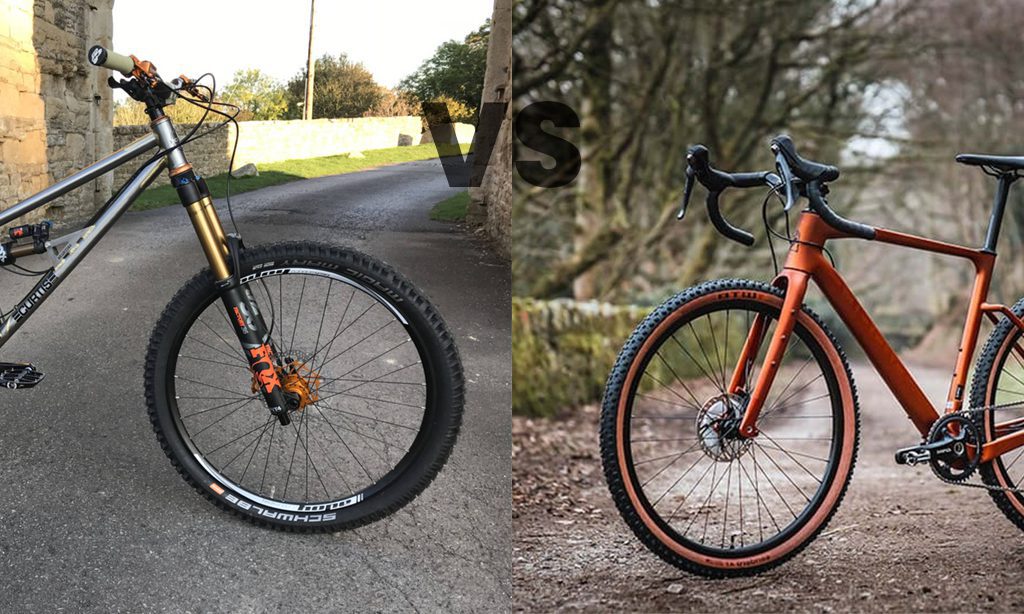 When it comes to mountain biking, there are essentially two types of bikes: those with skinny tires designed for paved roads and those with wider, knobby tires for off-road riding. Recently, a third option has emerged: the gravel bike. Gravel bikes bridge the gap between pavement and trail riding, making them perfect for riders who want the benefits of both worlds. So, which bike is right for you – a gravel bike or a mountain bike? Let’s take a closer look.

What is a Gravel Bike?

Gravel bikes are a relatively new category of bicycles, designed to provide the best of both worlds for riders who want to explore unpaved roads. Unlike traditional road bikes, gravel bikes have wider tires and more robust frame construction, making them better suited for off-road riding. At the same time, gravel bikes retain many of the features that make road bikes so popular, such as drop handlebars and lightweight frame materials. As a result, gravel bikes are often described as being “versatile,” “do-it-all” machines that are equally at home on pavement or dirt. Whether you’re looking to tackle your local bike path or venture out into the backcountry, a gravel bike can offer an enjoyable and capable riding experience.

Gravel bikes are a great option for anyone who loves to ride their bike on trails and roads alike. Made with wider, larger tires than standard road bikes, gravel bikes offer unparalleled versatility and stability in all types of terrain. Additionally, the more upright riding position on these bikes helps to reduce pressure on the lower back and joints, making them easier on the body than many other types of biking equipment. Another benefit of gravel bikes is their resilience in rough conditions. Whether you’re off-roading through packed dirt or negotiating a city street after a rainstorm, these bikes can handle it all with ease thanks to their superior grip, durability, and maneuverability. Ultimately, when it comes to adventure, fitness, and fun on two wheels, a gravel bike is hard to beat!

What is a Mountain Bike?

Whether you’re commuting to work or hitting the trails on the weekend. They’re rugged and built for off-road riding, but they can also be quite comfortable for longer rides. And, of course, they’re a lot of fun. Here are some of the main benefits of mountain biking:

What is the difference between a gravel bike and a mountain bike?

When it comes to choosing between a gravel bike and a mountain bike, there are a number of factors that you need to consider. On the one hand, a gravel bike is most suitable for terrain that has loose or uneven surfaces, such as unpaved dirt trails or gravel roads. Because the wheels on these bikes are thinner and less sturdy than those on mountain bikes, they are more effective at navigating rough terrain without getting stuck.

Meanwhile, mountain bikes are designed more for bikers who want to ride off-road. With thicker wheels that can handle bumps and jumps, these bikes offer greater stability when riding over obstacles like rocks and potholes.

One of the biggest differences between gravel bikes and mountain bikes is their suspension systems. Mountain bikes are outfitted with a front fork and rear shock absorber that work together to absorb impacts and make riding over uneven ground more comfortable. Gravel bikes, on the other hand, usually have only one suspension system – at the very back of the bike near the seat post. This makes gravel bikes less suitable for riding over rough terrain, as they can make the ride bumpier and harder on the rider’s body.

Another important difference between gravel bikes and mountain bikes is their geometry. Gravel bike frames are generally shorter than those on mountain bikes, which makes them more agile and better suited for tight turns. Additionally, gravel bike handlebars tend to be wider and lower to the ground, providing greater stability when riding at high speeds or over difficult terrain.

Ultimately, whether you choose a gravel bike or a mountain bike depends largely on your individual riding preferences and needs. If you enjoy combining off-road trails with paved roads, then a gravel bike might be right for you. However, if you prefer to ride over rough terrain in more remote areas, then a mountain bike may be the better choice. Ultimately, only you can decide which type of bike is best for you and your riding style.

There are a lot of different factors to consider when choosing between a mountain bike and gravel bike tires. One important consideration is the width of the tires. Mountain bike tires are typically wider than gravel bike tires, which gives them better traction on rough terrain. However, wider tires also tend to be heavier, which can make pedaling uphill more difficult. Another factor to consider is the tread pattern.

Mountain bike tires usually have deeper tread patterns, which provide a better grip on loose dirt and rocks. Gravel bike tires, on the other hand, typically have shallower tread patterns that offer less grip but allow for faster speeds on paved roads. Ultimately, the best tire for you will depend on the type of riding you plan to do most often.

A mountain bike features a long, upright posture with a larger handlebar and more aggressive positioning, whereas a gravel bike typically has a shorter and more relaxed setup. This difference in position allows you to choose a style that best suits your riding preferences and goals. For example, if you’re looking for more agility in tight corners, a longer handlebar will give you greater control and maneuverability on turns.

Likewise, if you’re looking to go fast on flat terrain, then the more aggressive positioning of a mountain bike may be the better choice for you. Ultimately, the best way to determine which type of cockpit is right for you is to try out both options and see how each one feels when riding on different types of terrain.

While both types of bikes can be used for general riding, there are some important differences between them that riders should be aware of. Gravel bikes typically have fewer gears than mountain bikes, and the gears are spaced closer together. This makes them better suited for riding on flat or mildly rolling terrain.

Gravel bikes also usually have disc brakes, which offer more stopping power than traditional rim brakes. In contrast, mountain bikes typically have more gears, with wider spacing between them. This makes them better suited for riding on hilly or rugged terrain.

Mountain bikes also usually have either disc or hydraulic brakes, which offer superior stopping power and braking control compared to rim brakes. When choosing between a gravel bike and a mountain bike, it is important to consider the type of terrain you will be riding on most often. If you ride primarily on a flat or mild rolling terrain, a gravel bike may be the better choice. However, if you ride primarily on hilly or rugged terrain, a mountain bike may be the better option.

There are many different types of handlebars available on the market today, and each has its own advantages and disadvantages. For example, mountain bikes typically have wide, flat handlebars that offer the rider greater control when navigating rough terrain. Gravel bikes, on the other hand, tend to have narrower, drop-style handlebars that provide a more aerodynamic position for long-distance riding.

While both types of handlebars can be effective, it is important to choose the right one for your specific needs. If you are planning on tackling rugged trails, then mountain bike handlebars will give you the stability and control you need. However, if you prefer longer rides on paved roads, then gravel bike handlebars will help you go faster with less effort. Ultimately, the best way to decide which type of handlebar is right for you is to experiment with both and see which one feels more comfortable.

Gravel bikes and mountain bikes are both designed for off-road riding, but they have some key differences in terms of riding position. Mountain bikes typically have a more upright riding position, which gives the rider more control over the bike. This is ideal for technical trails, where you need to be able to quickly maneuver around obstacles.

Gravel bikes, on the other hand, have a more relaxed riding position. This puts less strain on your back and arms, making it easier to ride for long distances. Additionally, the lower center of gravity makes gravel bikes more stable on rough terrain. So, if you’re looking for a bike that’s comfortable to ride on all day long, a gravel bike is probably the better option. However, if you’re planning on doing any serious off-roading, a mountain bike is still the way to go.

Can I turn my mountain bike into a gravel bike?

Yes, you can turn your mountain bike into a gravel bike by making some modifications. For example, you can install wider tires and lower the tire pressure to provide more traction and stability on loose surfaces. You can also change the gearing to make it easier to pedal on flat or rolling terrain. Finally, you may want to install a set of disc brakes for better stopping power. However, it’s important to note that these modifications will likely affect the performance of your mountain bike on trails. So, if you plan on doing any serious off-roading, it’s best to stick with a dedicated mountain bike.

Can I turn my gravel bike into a mountain bike?

Is a mountain bike better than a gravel bike?

There is no definitive answer to this question, as it depends on your individual riding preferences and needs. For example, if you ride primarily on hilly or rugged terrain, a mountain bike may be better suited for these conditions. However, if you prefer longer rides on paved roads, then a gravel bike may be a better choice. Additionally, the riding position of a mountain bike tends to be more upright, which gives you greater control over the bike and maybe preferable for technical trails. Ultimately, the best way to decide whether a mountain bike or gravel bike is right for you is to try out both types of bikes and see which one feels most comfortable and performs best under your specific riding conditions.

If you’re looking for a bike that’s comfortable to ride on all day long, a gravel bike is probably the better option. However, if you’re planning on doing any serious off-roading, a mountain bike is still the way to go. Ultimately, the best way to decide which type of bike is right for you is to try out both bikes and see which one feels most comfortable and performs best under your specific riding conditions. 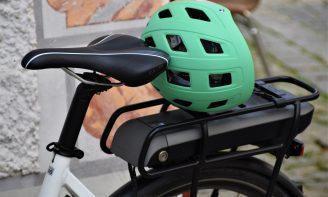 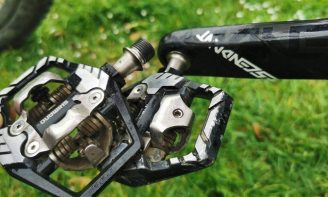 How to Take Pedals Off a Bike: A Step-by-Step Guide
May 10, 2022
There are a few reasons why you might need to take the pedals off your bike. Maybe you’re getting ready... 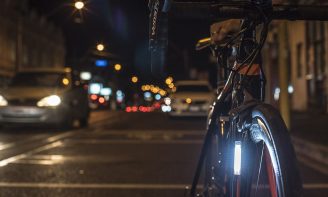 12 Tips for Bike Riding at Night: Road Cycling in the Dark
May 8, 2022
When the daylight starts to fade, it can be tough to keep riding your bike. The darkness can be intimidating,... 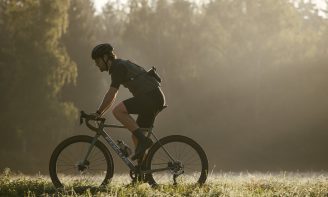 How to Lose Weight Biking: Tips and Tricks for Burning More Calories
May 7, 2022
Want to lose weight by biking? It’s a great workout that’s gentle on your joints, and it’s an activity you...

At Bike2Power.com, we are obsessed with all things related to cycling. Whether you are a competitive cyclist or someone who simply enjoys riding for fun and fitness, our team of experts is passionate about finding the best biking gear and accessories.

With our unparalleled knowledge and experience in the biking industry, we rigorously test and recommend only the highest quality products for every type of rider.